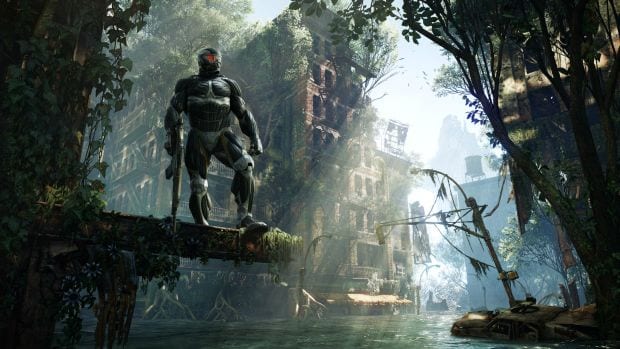 Maybe there’s a light at the end of this tunnel after all. After THQ’s asset auction last week, it seemed like Darksiders developer Vigil was going to be left high and dry, but according to a report by The Austin Chronicle, Crytek is opening up an American division in Austin, TX, imaginatively named Crytek USA Corp. The interesting part to this story? David Adams, co-owner of Vigil studios, will be heading up the Austin branch of the German developer. From the report:

Recent events involving Crytek and Vigil make for scattered dots that don’t quite connect. The international Crytek corporation was already working on Homefront 2 when THQ imploded and was forced to auction off the publishing rights to its intellectual property. Crytek acquired the game in that auction and will now (barring any other studio catastrophe) release the game without the THQ name on the box. That purchase along with Crytek’s Vigil-heavy new Austin office seems like a strange coincidence. The timing is also eyebrow raising: Vigil’s closure was announced only this past Wednesday when the studio wasn’t purchased in the THQ auction. How Crytek managed to snap up Vigil’s higher-ups and start a studio in five days doesn’t seem plausible without some preplanning.

The Austin Chronicle also reports that many of the higher-ups at Vigil will be filling in positions at the new company as well. Crytek’s press release features more details about the opening of the new studio, and we will report as we find out more information.’