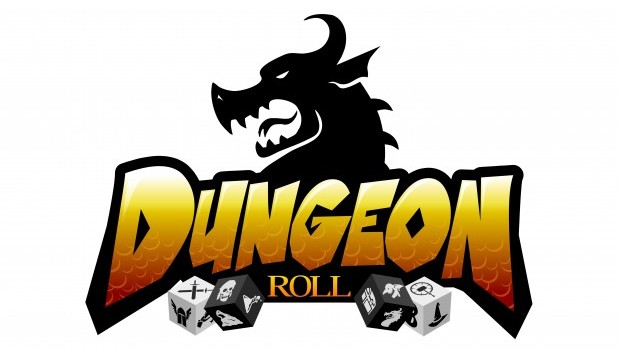 Some people might remember the old TSR game Dungeon Dice.  Was Dungeon Roll inspired from that game?

Nope.  The game came from the designer rolling 2 different dice pools (with standard 1-6 numbered dice) against each other and then imagining a theme that made sense for the game that he made.  From their we added treasures, heroes, and such.

[singlepic id=10939 w=320 h=240 float=left]What are some of the challenges that came with designing a dungeon crawl using mostly dice?

The biggest challenge would have been making the mechanic, but fortunately for TMG that was already done when we signed the game.  In fact, it is the reason we signed the game.  Other than that it has been choosing which “broken” aspects of the game to fix and which to leave.  Not that we are leaving anything that is broken, but there is a fine line between allowing randomness to happen and letting it get out of control.

Using the Treasure Chest as the box for the game adds to the theme.  Is it more costly to do a custom box instead of something more standard?

It might be a little bit more expensive, but we did not do a cost comparison.  I like to do what is right for the game, and then see how we can make the cost work with the target price.  For Dungeon Roll, it meant that we needed to utilize Kickstarter to be able to justify a larger print run to reduce the per unit cost.  Thankfully, this seems to be going quite well.

We know that this is subject to change, but what do you feel is the timeline for release of Dungeon Roll?

[singlepic id=10937 w=320 h=240 float=right]August 2013.  We want to sell Dungeon Roll at GenCon, and to be able to do that, then we need to have shipped out the copies for all of the backers.  We are on a super-tight schedule, especially with the artwork for accomplishing this.  But we have a great art team which is working on the game that is ready to put in long hours, and we also have some additional artists lined up if we need them.  I would like to keep all of the artwork coming from the same artist to have a consistent look, but it might not be possible…

How many Kickstarter campaigns have you done?

I lose track sometimes. 8.  2 of which were unsuccessful, one which was for a children’s book and one for a game that really requires people to play it in person.

What do you think is the key to a successful Kickstarter campaign?

There are many keys, I think the most important are in order:

What’s the most common misconception people have about Kickstarter?

It really depends on when you and and in relation to what, but here are several:

What do you feel is the perfect amount of time for a game to gain funding on Kickstarter?

[singlepic id=10942 w=320 h=240 float=left]It depends on the project owner.  21 days is probably ideal for TMG now for many reasons…  We can fund that quickly, longer times are unlikely to provide more funding, less time concentrating on an active campaign, and the ability to get more campaigns in the early part of the year so we can deliver in time for major events like GenCon, Essen, or Christmas.

Dungeon Roll was fully funded in a single day, and considering that the game is $15, that’s not a bad deal at all.  I highly recommend going to the Dungeon Roll Kickstarter page to find out more about Dungeon Roll and possibly back it yourself.