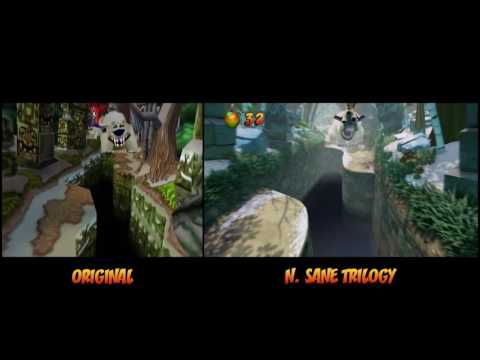 Activision yesterday released some side-by-side footage of the Un-Bearable Transformation level running in both the original Crash Bandicoot and the upcoming Crash Bandicoot N. Sane Trilogy.

We also got a glimpse of another level, Cortex Power Transformation, last week.

Crash Bandicoot N. Sane Trilogy is what developer Vicarious Vision calls a “AAA remaster” of Crash Bandicoot, Crash Bandicoot 2, and Crash Bandicoot: Warped. As the above footage suggests, the game primarily offers a visual overhaul to the PS1 classics. The mechanics and level design have been left generally unchanged.

Crash Bandicoot N. Sane Trilogy will be available digitally and at retail on PS4 come June 30.