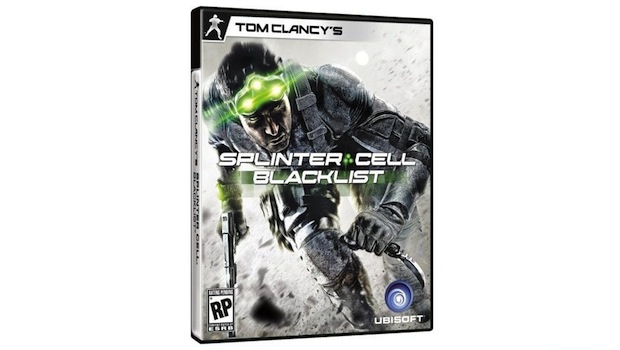 Today Ubisoft released images of the box art for the next installment of the Splinter Cell franchise, Blacklist. The cover features a pretty slick rendition of the game’s protagonist, Sam Fisher: he’s got the iconic trifocal nightvision goggles perched above his rugged visage, along with a Desert Eagle clutched in his right hand, and a weird, scalpel-like blade in his left.

These weapons may indicate a slight departure from the usual array of silenced Berettas and piano wire that Agent Fisher has preferred in the past, although who’s to say for sure; the game has already built up a great deal of anticipation amongst its considerable fan base. Ubisoft has already confirmed the game’s release on PC, PS3, and Xbox 360, along with an announcement last month that revealed a version for Wii U was also in the works. Plus, a tweet on @SplinterCell indicated that additional details regarding a co-op mode would be made public in the coming days.

In the meantime, you can check out the insane ‘Paladin Collector’s Edition’ bundle, which will retail at $169.99 and include a working remote-control cargo plane (a replica of the game’s mobile headquarters), along with several other goodies that die-hard fans of the series will be eager to get their hands on.

Splinter Cell: Blacklist is slated for release in North America on August 20th, 2013, followed by releases two and three days later in the EMEA territories and the UK, respectively.