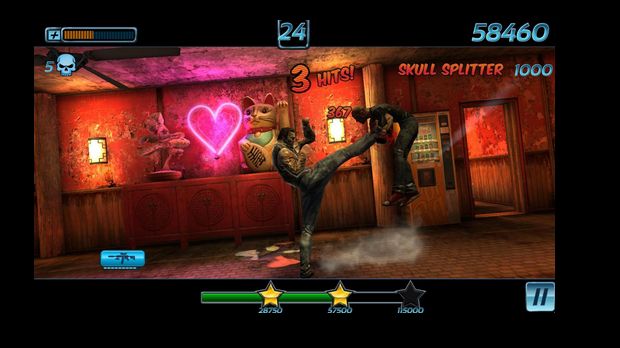 Developer Ninja Theory is building quite the reputation for itself – Heavenly Sword, Enslaved, and most recently DMC: Devil May Cry show a healthy vertical progression for the UK-based team. It’s logical then, that the team would take things to the next level: Mobile.

Okay, so I’m being sarcastic about mobile being the next level, but it doesn’t hurt to branch out. Coming to iOS and Android, Fightback   is an 80’s themed fighter with what’s being called a revolutionary touch-based combat system.

“Mobile and tablet gaming is a phenomenon that we just couldn’t ignore as a studio and we’re very proud to be working with one of the industry’s heavy-weights on bringing Fightback to market. Ninja Theory has always strived for the highest production values and that absolutely remains the case in this exciting new space,” said Dominic Matthews, Product Manager, Ninja Theory Ltd.

Fightback  does not have a release date, but the game will be demoed at E3 in a few weeks.