In my recent review of Conquest of Nerath I eviscerated the game for using arbitrary measures for “victory.” The truth about that game is that there are only losers for having even opened the box. But this led me to consider what other games use the victory-point method and in what cases, if any, it is an acceptable metric for success.

To be fair, there are other examples of this technique from popular culture. For most of the history of radio, a popular song is typically restricted to a duration of not much more than 3 minutes. Think of all the popular songs you like. How many fade-out at the end? This is always applied the same way – the chorus repeats and fades out. I can imagine the producers listening to the song and chopping the recording at the 3 minute mark and then applying a ten second fade. Writers know this sort of thing happens all the time, and it gives lazy pop writers the out to not have to write an ending that makes sense. They can simply droll on with the chorus until it hits the time limit or the producer gets sick of hearing it and fades it out. The musicians get a break too because the chorus can be looped. At some point in the recording session they just stop playing.

While to some extent the limits on song duration have to do with the physical printing of record singles back in the early days of the medium, board games have traditionally suffered from no such fixed or arbitrary restriction. The games of antiquity used a mechanic by which the playing pieces are systematically removed from the game, such that the movement of pieces directly results in victory or defeat. Incidentally, non-gambling type dice games from antiquity similarly resulted in movement and/or elimination of other game pieces from a board or defined space. Thousands of years later, we got Candyland and Chutes And Ladders. These games require no skill whatsoever, but can still be entertaining games of chance. On the other end of the spectrum, games like Chess, Go, and Checkers require strategy and experience. All these games end, and to keep playing means you have to start a new game. I realize that a player may resign or a game may be agreed to be a draw, but the rules of the game spell out specific conditions for victory. I also realize that chess pieces are assigned point values, but this is more of a handicapping device. The point is, these venerable standards, which are still played today by more people in the world than any other board games, do not rely on arbitrary conditions to stop playing.

[singlepic id=15705 w=400 h=400 float=left]Victory by points has two variations: “Most points/fastest time wins” and “First player to accumulate X points wins.” The “Most points wins” variety is how almost all sporting contests are decided. There’s usually a distance or time limit, and at the end of that limit, whoever was fastest or has the most of something is the winner. Some sports have a sudden-death rule for extended time, which is really the same as saying “First to score/accumulate X points wins.” Why apply this arbitrary rule to decide a contest that is so closely contested? Sudden death as a rule for deciding sports is stupid because it discards the result of regulation time in favor a perceived need to declare a “winner.” Ties should be perfectly acceptable outcomes, and if not, then extend the contest for another predetermined period and play on until the thing is decided, using the same victory conditions for the duration. There’s a good reason to do it this way: Over the course of the contest, lucky or improbable results are often mitigated by skill. During a basketball game, for example, there will be made shots that are more applied luck than skill, but the vast majority of points scored happen by skill and the assertion of athletic ability – things we control. If the game resulted in a tie at the end of regulation, saying “next bucket wins” creates a condition where the game can be decided by chance. Sports are contests of skill, not chance.

The other kind of victory point condition is just about laziness or unwillingness on the part of a game designer to decide how the game should end. If Nerath didn’t have other seriously broken parts, it could effectively use the tried and true “Capture the capitals” condition. No game worth playing should rely on victory points as the measure for victory. Victory Points practically scream out, “We’re sick of playing this dumb game, but Bob is only 2 points from winning so we’ll keep going.”

Ok, there is gray area. Take Magic: The Gathering. One player wins when the other player loses all his “life.” Essentially, that is the second type of victory point condition, but instead of players accumulating points, they inflict points of damage. That’s a clever way of doing pretty much the same thing, but at least with M:TG, the victory points make sense in the context of the game. [singlepic id=15704 w=250 h=250 float=right]Another card game I typically enjoy is Race For The Galaxy. For all the strategy and diversity of game elements, it’s always disappointing at the end when the player with the largest pile of cardboard wins. Had RFTG followed through on the concept of a sci-fi kingdom builer instead of a “race” it could have more compellingly determined a winner. Context leads to culmination instead of simple addition. What would be an otherwise meaningless accumulation of points is supported by the context of the game; it becomes part of the story of the game.

This here card ain’t to good.

Oh goodie, I got 6 of something! 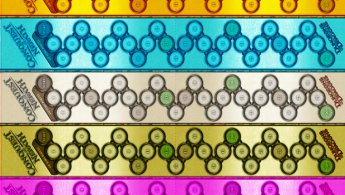 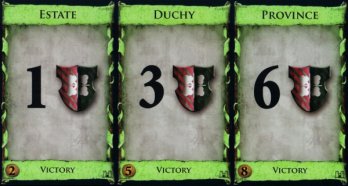 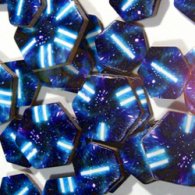