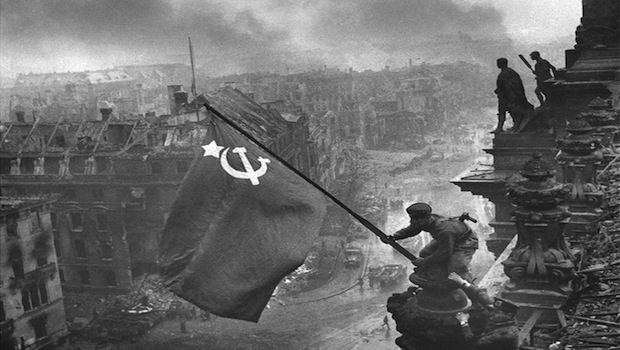 One of the most hotly anticipated RTS titles of the year, Company of Heroes 2 is scheduled for a release on June 25th, and will focus on the brutal Eastern Front theater of World War II (or, to be more accurate, the Great Patriotic War, as it is known to all Russians). The trailer shows off some great gameplay and cutscene footage utilizing the overhauled Essence 3.0 engine.

The trailer places a good deal of emphasis on the brutal, pulse-pounding frontline rushes that seem synonymous with mid-20th century Soviet military tactics – expect this to be a game where you’ll sustain heavy casualties in the name of the Motherland. The graphics and gameplay mechanics look fluid as anything else we’ve seen lately, and it seems safe to assume that you’ll need a powerful PC to get the most out of what the game has to offer in terms of visuals and effects. Here’s a bit more background on the title in case you’re unfamiliar with the series:

It is 1941 and the beginning of what will become the most brutal conflict of World War II, as Germany launches a full-scale invasion of the frozen tundra of the Soviet Union which would result in over 14 million military casualties.  Take command of the iconic Soviet Red Army in brutal frontline warfare to free Mother Russia from the invading Nazis. Your strategic skills and tactical expertise hold the power to tip the very balance of this conflict in the sequel to the critically acclaimed and multi award-winning Company of Heroes. Engage in visceral tactical combat that will define you as a military leader and challenge you to wield the might of the Soviet Empire as you smash your way to Berlin.

As someone who derived a ton of enjoyment from the original title (and its expansions), I’m very excited to sit at the helm of this new campaign with a never-before-seen bunch of units. It stands to reason that we can look forward to iconic units such as the T-54 tank, some hardcore Soviet snipers a la Vasily Zaitsev, and much more. Another addition will be the effect that the environment can have on your troops – the brutal Russian winter can turn them into Soviet-sicles if you don’t seek shelter fast enough (you’ll also be able to use bonfires to stave off the dreaded scourge of frostbite). Other dynamic elements include deep snow affecting the speed of troop movements, and frozen bodies of water that can allow for inspired flanking manuevers, but be careful – too much equipment can cause the ice to buckle, potentially leading to disaster. Check out the trailer below – you won’t be disappointed – and be sure to check back here often for updates. You can also head over to the game’s official site for news, artwork, and additional details.