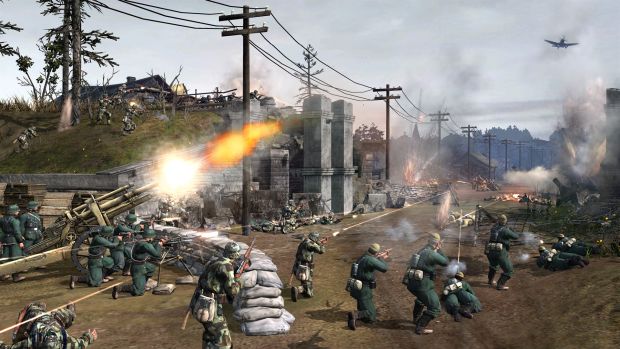 The highly regarded strategy series Company of Heroes will be getting a nice update rolled out today, announced by Sega recently. These updates will add “Steam Workshop integration for maps created with the recently launched Company of Heroes 2 World Builder,” game improvements, and most notably, two new maps entitled ‘Hill 331’ and ‘Don River.’ Company of Heroes 2 will also be getting some DLC in the form of a Theatre of War pack, ‘Southern Fronts.’

During the Spring Rasputitsa in early 1943, the Red Army launched a series of counteroffensives against German lines in the southwest. While initially successful, the Germans regrouped and managed to regain the momentum to recapture Kharkov. Take command of both factions in a series of 10 challenges and battles that feature new environmental conditions; thick mud that impacts vehicle movement and exposes new vulnerabilities.

“These brand new updates show our ongoing commitment to providing the community with regular additions of free and premium downloadable content,” said Greg Wilson, Executive Producer at Relic Entertainment. “We are also very excited that we were able to deliver the Steam Workshop maps integration for the World Builder before the end of the year as it will become a vital part of providing our community with the ability to create their own content.”

The DLC and update will be available today.