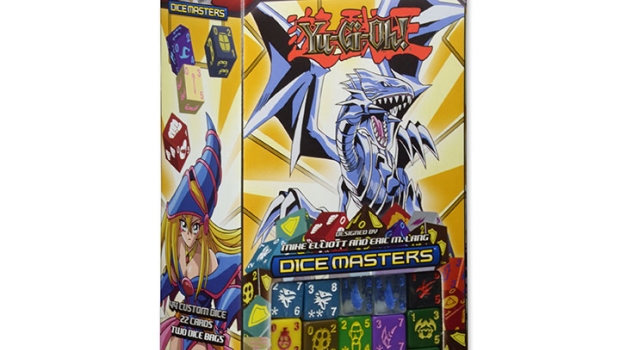 The Yu-Gi-Oh franchise has made its way into homes through cards, television, a movie, and video games.  The card game has regular base sets and expansions coming out regularly, but now there’s a way that Yu-Gi-Oh is available, through the Dice Masters series.

Yu-Gi-Oh! Dice Masters Starter Set is available at friendly local retailers in North America starting today with Gravity Feeds and Play Mats following, and will be available January 31 in Europe.

The Yu-Gi-Oh! phenomenon swept the US and global markets in 2001 and continues to captivate players with its best-selling games, animated television series and motion picture releases.

It’s hard to believe that Yu-Gi-Oh has been around since 2001.  At least boosters won’t be as painful at a buck a shot.  With Marvel, DC, and D&D DiceMasters either released or announced, it looks like there is a property aimed at all ages and interests.