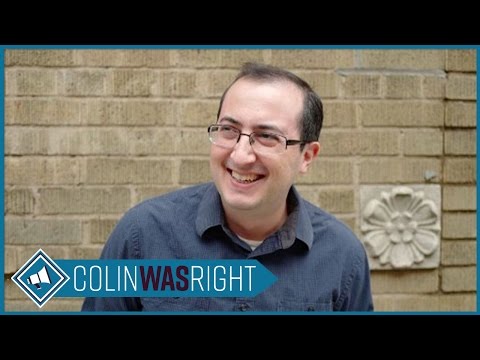 Moriarty made the announcement in a Facebook post, stating that his resignation would be “effective immediately” and that he will go on to endeavor fields outside of the video game industry.

I want to be clear that this was my decision…I simply want to reconnect with what’s most important to me. Politics, history, philosophy. Reading books. Talking about things I feel are most impactful and essential for a person like me.

Moriarty’s resignation follows a controversy over a sexist joke he tweeted last week on March 8th, International Women’s Day. The tweet, according to Moriarty, was meant to be a “blatantly obvious joke,” though this did nothing to abate the backlash that ensued through to the weekend. Many other video game journalists and commentators (like Moriarty) responded to the tweet in disapproval, while others took to the joke more favorably.

@iznir3 I unfollowed him today finally. Prob should have long ago. Disappointed to see someone with smarts be a low-road troll.

@notaxation Colin, I respect you, and I know this was a joke. But it’s a bad one, and worse, it’s not *you*.

Following Moriarty’s announcement, Kinda Funny co-founder Greg Miller stated in a Twitch livestream (with fellow Kinda Funny members Tim Gettys and Nick Scarpino) that this parting of ways was not a response to the recent backlash, but rather that the tweet was a “symptom” of Moriarty’s recent growing apart from the company’s focus and philosophies.

While Kinda Funny has generally functioned as an entertainment outlet — creating videos and podcasts focused on video games, movies, and TV — Moriarty, with his love for politics and his outspoken conservatism, frequently showed his alternative views to those of the rest of the group. Days prior to the controversy, Moriarty had appeared on political shows with hosts Glenn Beck and Dave Rubin, the latter regarding Moriarty as “a new all-star in the political world.”

The Kinda Funny group also confirmed that Moriarty will appear on the next episode of the GameOverGreggy Show — Kinda Funny’s flagship talk show — and that it will be his final appearance on the show as an official member.