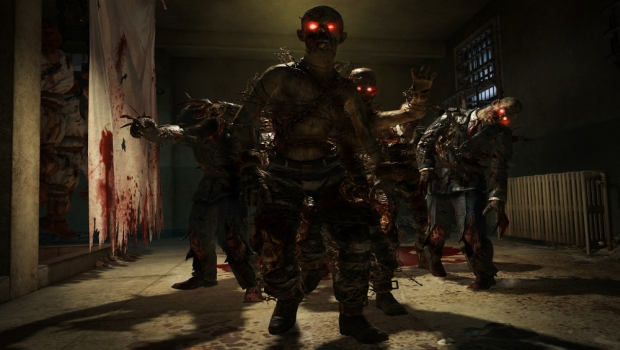 Seriously. I just like saying CODBLOPS.  We are working on our review for the recent DLC pack, but we’ve now got an official announcement for Call of Duty: Black Ops II Uprising pack on PS3 and PC;  namely – May 16th.   If you have missed out on what’s in this pack, I’ve got that covered.

Call of Duty®: Black Ops II. Uprisingincludes four new multiplayer maps, plus “Mob of the Dead,” a bone-chilling new Zombies experience that takes players to the notorious prison island of Alcatraz. Several of Hollywood’s most iconic actors round out the cast of Prohibition-era mobsters, including Ray Liotta, Michael Madsen, Chazz Palminteri, and Joe Pantoliano to bring this horrifying adventure to life.

Following the tradition of the original Call of Duty®: Black Ops fan-favorite Zombies mode “Call of the Dead,” Call of Duty: Black Ops II Uprising’s wildly creative new “Mob of the Dead” Zombies experience puts players on the island of Alcatraz, in the shoes of four Prohibition-era mobsters: Billy Handsome (Liotta), Al “The Weasel” Arlington (Pantoliano), Salvatore “Sal” DeLuca (Palminteri), and Michael “Finn” O’Leary (Madsen). All four are serving time in Alcatraz Prison, only to discover that being behind bars is the least of their problems. In order to survive, players must work their way through the steel cells and aging concrete buildings while fighting off a multitude of zombified prisoners and guards trapped on the island with them.

In addition to the character list above, there are also four new maps including a Japanese village, the aftermath of a wrecked London music festival, a futurist highrise, and a rebuild of the old “Firing Range” map from the original BLOPS.  You can pick up the DLC next month for $14.99 because Sony and those using PCs use real money, not currency traded on the moon.