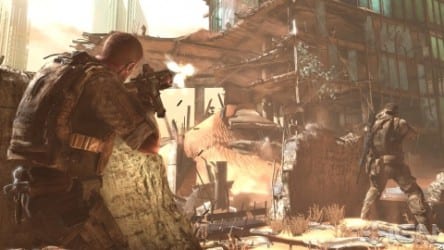 The upcoming shooter Spec Ops: The Line will featured co-operative multiplayer as a free download shortly after the game’s release, announced 2K Games. The co-op experience will feature four missions, all set in a sandstorm-ravaged Dubai. The game also features an online multiplayer mode.

The game’s portrayal of a wrecked Dubai is so gritty and intense that there was talk the game would be banned in the United Arab Emirates. Timo Ullmann, the managing director of the game’s developer, Yager Developments, said they have received emails from residents and ex-pats of the UAE saying, “how cool they think it is that the city they live in is a backdrop for their game.”