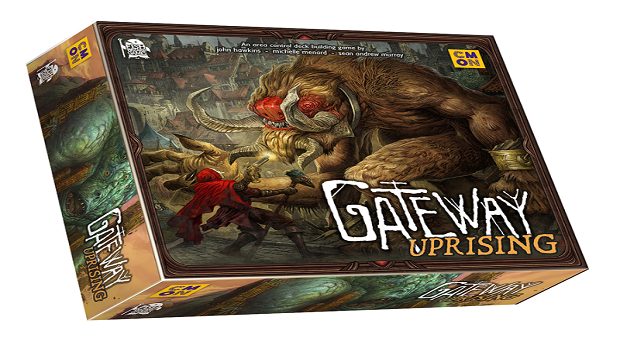 Fresh off a logo redesign, CMON Limited announced its partnership with Fishwizard Games today to publish the board game Gateway: Uprising for a Q1 2017 release.

Gateway: Uprising has you take up roles of competing factions filled with rebellious wizards as you retake the city from the Chancellor and his regime. You must also stay aware of monsters known as Druegger, whose sole purpose is to destroy the city. The game will include 390 full-color illustrated cards and 10 city district boards with artwork by Sean Andrew Murray.

Aside from plans to publish Gateway: Uprising, CMON recently announced its acquisition of the Kickstarter-funded game Zombicide.