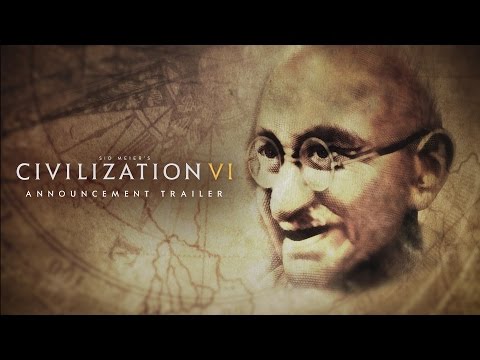 The announcement trailer for Sid Meier’s Civilization VI has been released, detailing the depth of human achievement across all history in quick, artful fashion.  The next entry in the award-winning Civilization series coming to PC on October 21, 2016.  The trailer can be viewed below.

Very little detail is available in the trailer for the game itself.  Instead, we get a very esoteric look at the growth of real-life civilization, and it comes off like a history lecture hype video.  Civilization VI claims to offer new ways to interact with your world and compete against history’s greatest leaders, and this video hints at several ways that world building may be updated in Civilization VI.