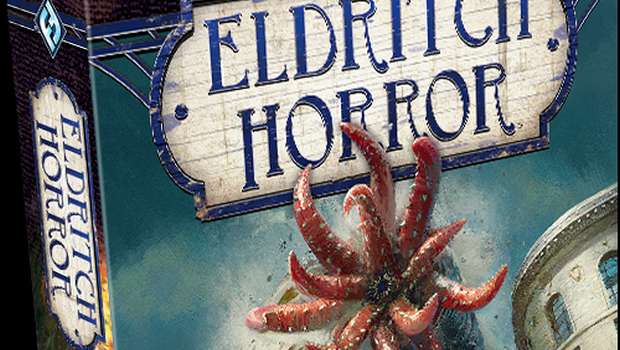 Eldritch Horror has had several of expansions so far.  While some have been big boxes, those who just want more cards have had the Forsaken Lore, Strange Remnants, and Signs of Carcosa expansions to create more stories and add more items and elder gods.  Soon Cities in Ruin will be coming from Fantasy Flight Games, and they’ve just given more details behind the expansion.

There had been so many signs. Why had none of them listened? You had tried to warn them that the prison of G’harne was failing in Africa. The media, the police, even the revered professors at Miskatonic University, all of them had treated you like some raving lunatic and thrown you out into the street. Even now, with acrid smoke and the stink of death thick in the air, no one actually looked back at the coiled horrors writhing amongst the city’s ruins. None of them wanted to believe that this level of devastation could be visited upon the world by forces so poorly understood by the minds of man.

Someone must face these horrors and try to drive them back. Someone has to try to keep Shudde M’ell from waking. No one had listened, and now you grimly march into the ruins of the city you tried to save, determined to find some clue to sealing away the ancient creature once and for all.

In the Cities in Ruin expansion for Eldritch Horror, Shudde M’ell, the progenitor of the dreaded chthonians, tosses and turns with the cycle of its dreams. Mankind’s fragile existence is threatened as this otherwordly being comes closer to waking than ever before. Cities fall and storms rage all over the globe as Shudde M’ell thrashes beneath the planet’s surface. Can a few brave investigators scattered across the globe truly hope to stand between this horrifying monstrosity and the utter devastation that heralds its coming?

You can find out more on this page at the Fantasy Flight website.