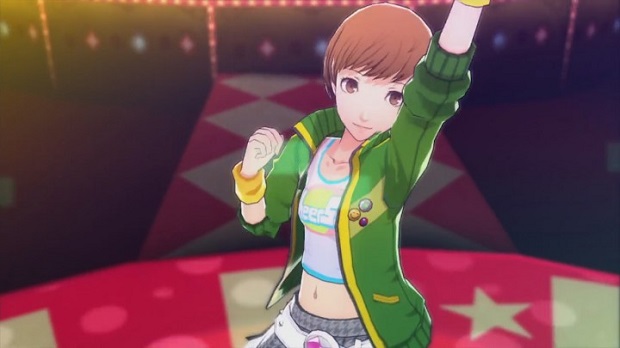 The latest in Atlus’ character showcase trailers for Persona 4: Dancing All Night is out, and it features the Investigation Team’s Kung fu-loving, meat-eating Chie Satonaka.

Chie joins the likes of Yu Narukami and Rise Kujikawa as a playable character in the upcoming rhythm spin-off. Persona 4: Dancing All Night has the cast of Persona 4 dancing to remixes of the original game’s soundtrack, as well as some original music.

Dancing All Night is coming exclusively to Vita on September 29th. Atlus has already confirmed that it will be rolling out DLC content post-launch, including additional playable characters. For more on Dancing All Night, check out our preview from this year’s E3.