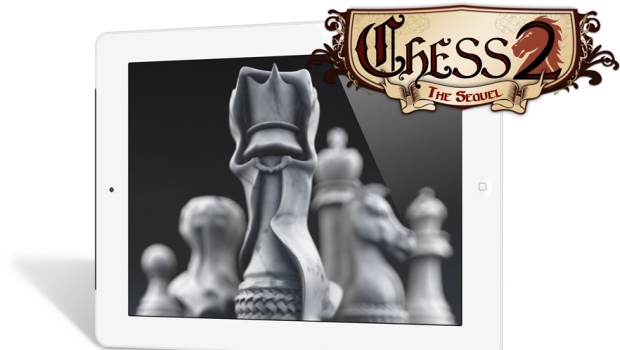 The grand OUYA experiment has had its share of successes and failures.  One of the successes is Chess 2: The Sequel.  However, it hasn’t been satisfied to stay within the confines of the OUYA.  Today Ludeme Games has announced that you can soon find Chess 2 on the iPad and PC via Steam.

Chess 2: The Sequel, said to be “actually pretty damn good” by Kotaku and “Hands-down the best strategy game on the OUYA” by Indie Statik is making it’s way to Steam and and iPad in the very near future.

Eurogamer says the design is “precision-honed but gleefully inventive” and that “Sirlin’s work here is dazzling.”. That is because Chess 2: The Sequel unifies aspects from modern game design with all that is great about chess while fixing problems from the classic that have long bothered grandmasters and beginners alike. The asymmetric army matchups strengthen chess’ strategic positional imbalances and remove the chore of memorized openings. Big Sushi says the new armies made them feel they had “opened up a whole new realm of chess”. The midline-invasion rule eliminates the slow, memorized endgame in favor of a climactic finish and expands the role of territory control in chess.

Indie game craftsman Zac Burns of Ludeme Games brings 8 years of AAA game development experience into the indie space and crafts games with respect for the player and the game. Indie Statik says “The visual design is gorgeous and shows a loving attention to detail”. Many features have been added to the OUYA version since the original release including correspondence play, native 1080p HD resolution, better lighting, and additional music. Many more features are coming and Chess 2: The Sequel will continue to be actively developed on all platforms.

I played a lot of Chess when I was younger, so I am interested in seeing how this can compare to the original.  We’ll let you know what we think of how it plays when it is released on the other platforms.