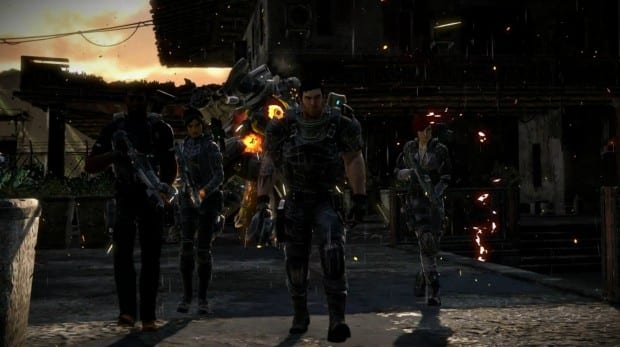 Ted Price, CEO of Insomniac Games brings us an almost 20 minute look at their upcoming crazy-future-weapon team-based co-op extravaganza. I recently had a chance to look at an early demo of the game, and I had walked away very impressed, even with the shift to a more serious tone. In this video, you’ll get a better idea of the overall story, the different characters and weapons you’ll use, the skill trees (which wasn’t revealed during my time with the game), and the LEAP system, which lets you jump from any non-human-controlled player during the campaign. Check out the video after the jump for a better idea of what I got to get my hands on, and don’t pay any attention to the haters; this game looks awesome. Look for Fuse on Xbox 360 and PS3 in March of 2013.