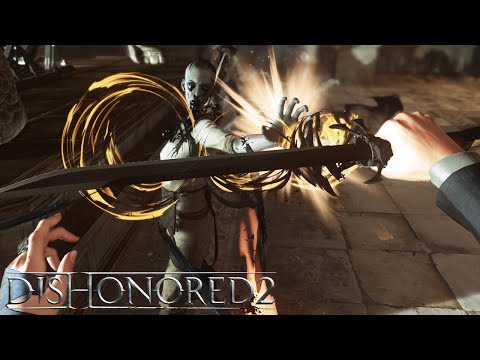 Dishonored 2 is due out for release November 11, 2016; four years after the release of its predecessor. Dishonored was revered for its romantic art style, its lush and scatological world, and most of all, its gameplay. Arkane Studio’s focus on player choice yielded a stealth-action game with endless possibilities for experimentation back in 2012. And with the addition of Emily Kaldwin’s new abilities on top of Corvo’s original attributes, Dishonored 2 is looking to be just as accommodating to player choice and style as the first game (if not more so).

Here are some gameplay trailers of Dishonored 2’s heroes in action.

Emily and Corvo show off some of their new tricks

The assassins make their gameplay debut at E3 2016

Dishonored 2 comes to PS4, Xbox One, and PC on November 11. However, you can play the game early by attending one of three events recently announced by Bethesda.