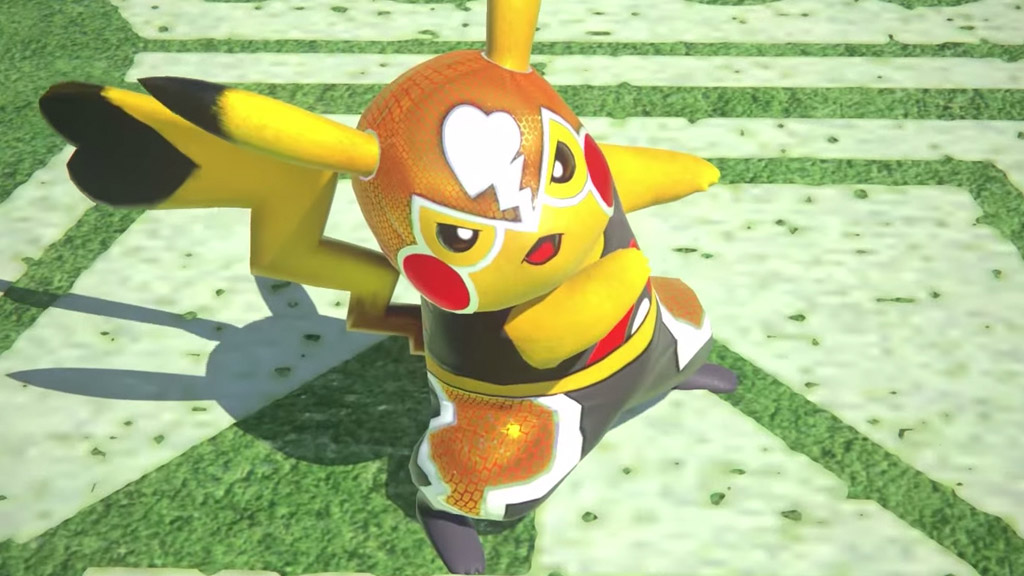 In the upcoming Pokemon fighting game Pokken Tournament, the series’ mascot Pikachu will be playable in two different forms. While players will be able to fight as a more standard version of the electric mouse, a “Pikachu Libre” version will also be playable, and a new video shows the difference between both Pikachu’s fighting styles.

The luchador version of Pikachu will have a more physical moveset based around heavy-hitting moves and even a body slam. Check her moves out in the video below:

Pikachu Libre is one of five costumes that a particular “Cosplay Pikachu” obtainable in Pokemon Omega Ruby and Alpha Sapphire can dress up as. Other costumes include a Rock Star, Pop Star, Belle, and Ph. D, all with special moves and increased stats depending on the costume worn. Whether any other variations of Cosplay Pikachu will make an appearance in Pokken Tournament is currently unknown.

Pokken Tournament is playable in Japanese arcades, but will also be coming to Wii U in spring 2016.