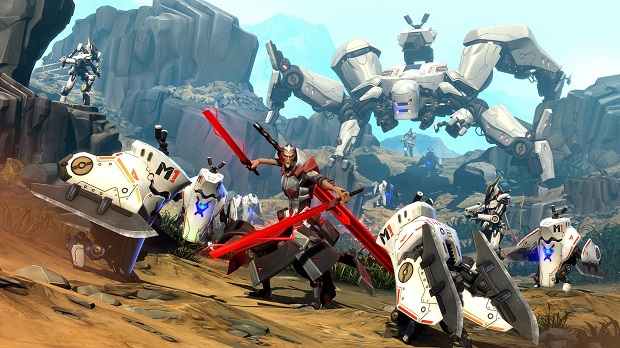 Gearbox has released a 23-minute video of Battleborn that was part of the game’s showing at E3 last week.

The video gives fans a glimpse into the premise of Battleborn, which centers on a galaxy-wide conflict over the last remaining star in the universe. This is followed by showcasing of some of the playable characters, each with their own unique fighting style.

Battleborn is coming to PC, PlayStation 4, and Xbox One sometime in 2015. For more on Gearbox’s new shooter, check out our preview from this year’s E3.