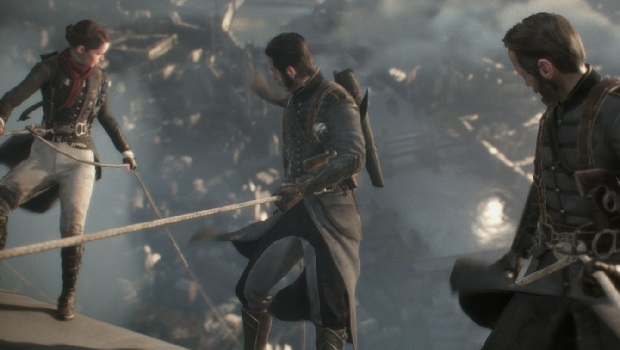 At the PlayStation Experience, Ready at Dawn debuted the “Knight’s Theme” from The Order: 1886 as part of a “Music Magic: How Your Favorite Game Soundtracks are Made” panel. Now, the studio has released the track for all fans to hear on the PlayStation Soundcloud.

The piece keeps in line with the sense of musical weight that the studio said it was aiming for in a recent behind-the-scenes video, heavily featuring a men’s choir and is generally low in tonality.

The Order: 1886 is coming to PlayStation 4 on February 20th, something that Ready at Dawn is confident in, as it recently confirmed that the game won’t be delayed a second time. Recently, Ready at Dawn showcased everything that would come in the game’s collector’s edition.

For more on Ready at Dawn’s new IP, check out our preview from the PlayStation Experience.