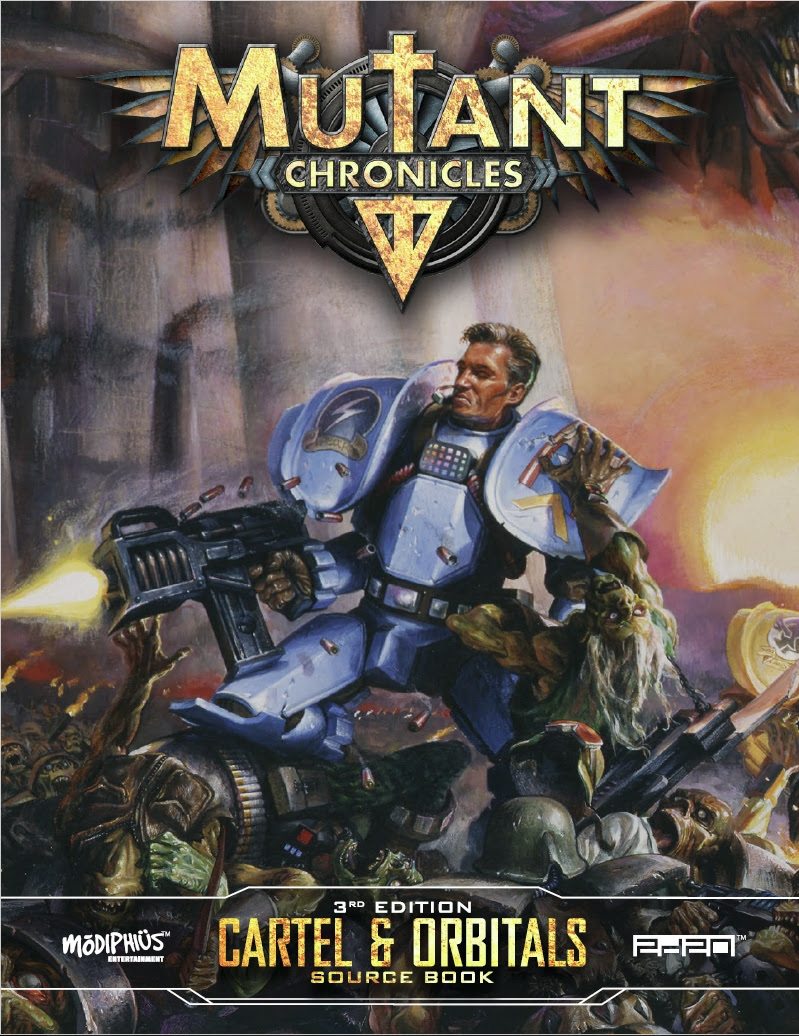 Mutant Chronicles spins a tail of darkness and brutality, and Modiphius has been working hard to fill out its dieselpunk universe in recent years. Coming on the heels of releases exploring the various mega-corporations vying for dread power we get the Cartel: the only force yet working altruistically. Or so it seems…read below to find out more.

It is a solar system riven by discord, where man fights man despite the looming darkness and the threat of the Dark Symmetry and its instruments the Dark Apostles and the Dark Legion. Corporations zealously usurp each other and leave humanity an easy target for the forces of darkness and corruption.

But there is still hope as one group stands up and waves the flag of unity among men. It is the last bastion capable of uniting the forces of mankind in full. These powerful men and women call themselves The Cartel.

Cartels and Orbitals is on sale now from Modiphius and DriveThruRPG.