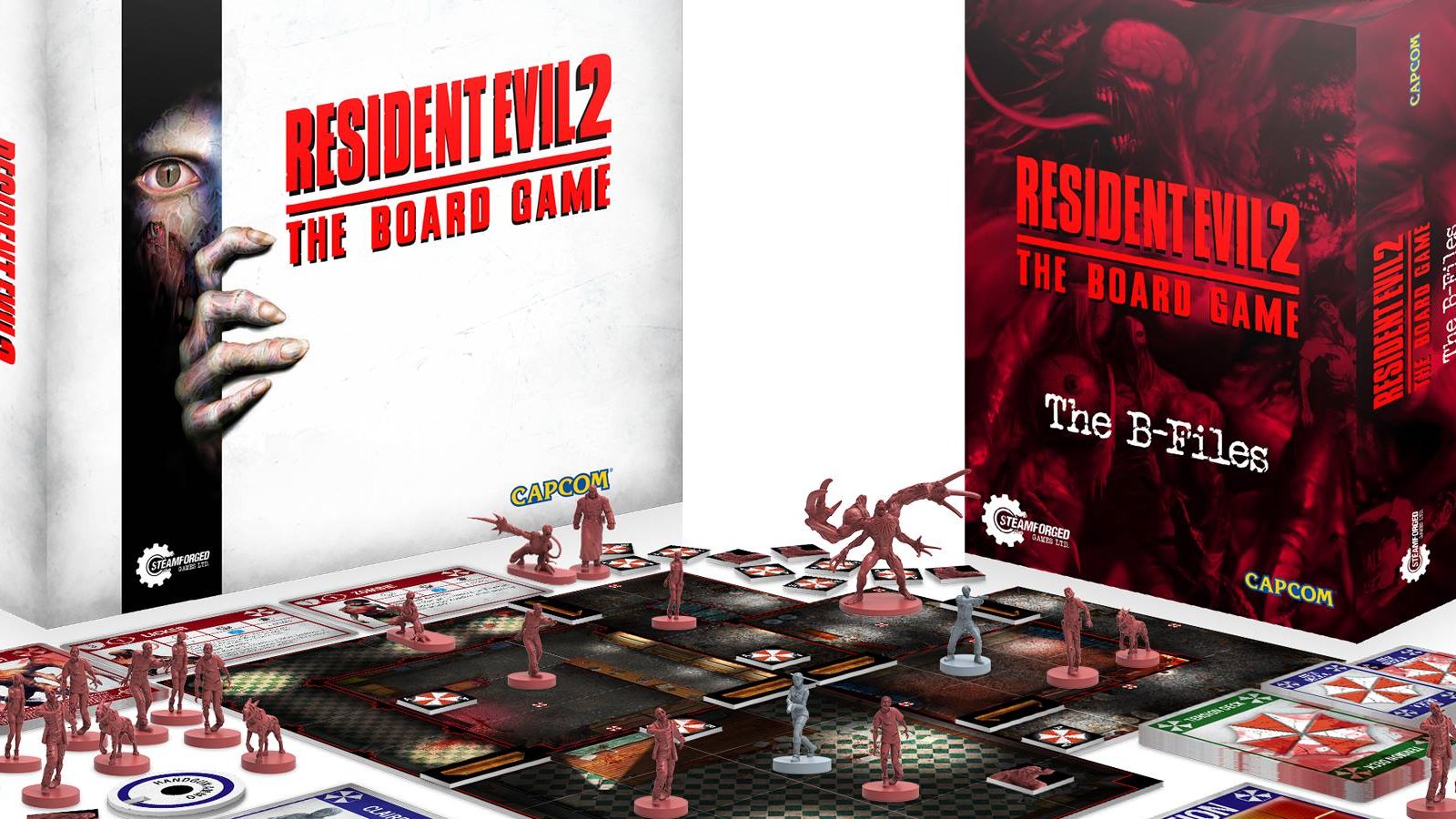 Steamforged Games recently announced its Kickstarter campaign for the upcoming Resident Evil 2 board game. Based on one of the most popular entries in the series, this survival horror co-op game has until October 23 to meet its funding goal of £150,000.

Designed specifically for the Resident Evil™ universe from the ground up, this game brings the thrills—and the dangers!—of the setting to the tabletop. World-class miniatures and innovative new mechanics help deliver an experience that captures the essence of the much-loved original video games while offering new twists and turns.

While the early bird pledge tier has run out, backers can pledge £70 (approximately $94) to grab these items:

Steamforged Games promises over 20+ hours of gameplay, as well as high quality miniatures and other mechanics that will stay true to the Resident Evil series. The Kickstarter campaign will run until October 23. Stay tuned for more news here on Gaming Trend’s Tabletop Throwdown.