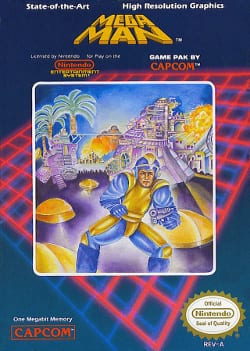 With the advent of Street Fighter X Mega Man today, Capcom has some more interesting news for fans of the Blue Bomber. On December 27th,  Capcom will begin doling out the NES-era Mega Man games on the Nintendo 3DS eShop, starting with the first Mega Man. Capcom will follow this up by the vastly superior Mega Man 2 on February 7th, with the rest to be staggered out into the rest of 2013. Here’s the official post from Capcom’s Mega Man blog:

Japan and Europe have had their fun, now it’s time for the North American eShop to get in on the action. Each of the classic NES Mega Man titles (that’s 1~6) will come to said eShop beginning with the original Mega Man on December 27 – that’s 10 days from now!

This will be followed by Mega Man 2 on February 7, with the rest of the games coming in regular intervals throughout 2013. You’ll soon have the whole collection on one handheld!

This, along with Street Fighter X Mega Man, is a nice gesture for the 25th anniversary of Mega Man, but when are we going to get a new game, Capcom? It’s about time we saw the return of Dr. Wily and all the other robots.