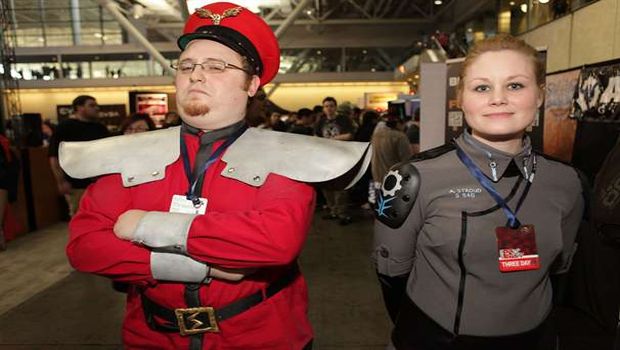 This year Capcom will be bringing their A-game to PAX East, with a host of presentations and playable demos of some of their most hotly anticipated titles. A presentation in the Phoenix Theater on Friday from 12pm-1pm EST will kick off the event, featuring Capcom producers and product managers who will provide some exclusive sneak peeks on some of the biggest games they’ll be releasing in 2013.

One of the highly touted releases comes in the form of Monster Hunter 3 Ultimate, which thrusts players into a world populated by mythical creatures that you’ll hunt to all corners of the globe, and should build off the massive success of the series’ previous titles. They’ll be offering a playable demo of the quest-oriented adventure, and those in attendance can find all things monstrous at Booth #1092 this weekend. The game was made available for purchase on the Wii U and Nintendo 3DS just two days ago, and includes 38 new monsters, hundreds of quests, and innumerable pieces of never-before-seen equipment. In fact, Capcom is so generous that they’ll be offering free downloadable quests every week for multiple months, so prepare to sink your teeth into what promises to be a huge seller.

In terms of the other enticing options that’ll be on display in the Capcom camp, Resident Evil Revelations has generated a good deal of buzz prior to its release, and in fact came out with a stunning new story trailer this very day. You’ll have a chance to try this out as well this weekend. The game looks as terrifying as any in the series, and will be released on May 21st for Xbox 360, Playstation 3, Wii U, and PC.

If monsters and horror tales aren’t really your thing, but you’re still interested in checking out Capcom’s new offerings, other playable demos will include the crowd-pleasing Capcom Arcade Cabinet, along with Darkstalkers Resurrection, Dragon’s Dogma Dark Arisen, Remember Me, and Lost Planet 3. There’s something for everyone at Capcom this year, and the convention promises to be an exciting opportunity to unveil some of the titles that the developers have been pouring their hearts into for months and months. If you’re in Boston this weekend, you’d do well to check it out.