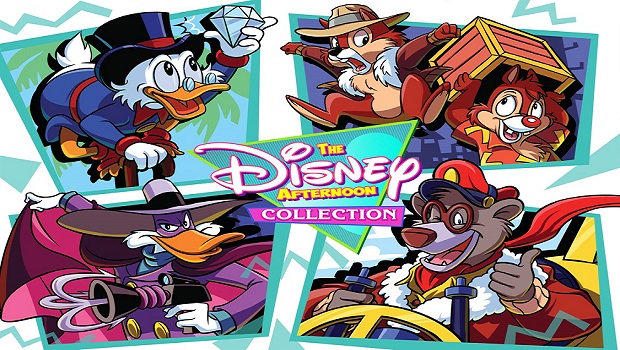 Today, Capcom announced The Disney Afternoon Collection to be released on April 18 for PlayStation 4, Xbox One, and PC. The game will remaster six different Disney titles featuring various cartoon characters from the 80s and 90s.

Based on the Disney TV block of yesteryear, The Disney Afternoon Collection repackages Chip ‘n Dale Rescue Rangers and its sequel, Darkwing Duck, TaleSpin, as well as DuckTales and its sequel in one place. Each of the six games are new and improved HD versions of the originals which feature a number of filtering options that replicate a classic look and feel. Each game will include Boss Rush and Time Attack modes, as well as online leaderboards.

The collection also adds a “Rewind” feature which allows players to rewind time and fix their mistakes. Additionally, an in-game Disney Museum  will provide history buffs with a wealth of content to celebrate the era of the original releases, such as concept art, advertisements, character art, and music – all preserved in their original glory.

The Disney Afternoon Collection will be released on April 18 for PlayStation 4, Xbox One, and PC. Stay tuned for more news on Gaming Trend.