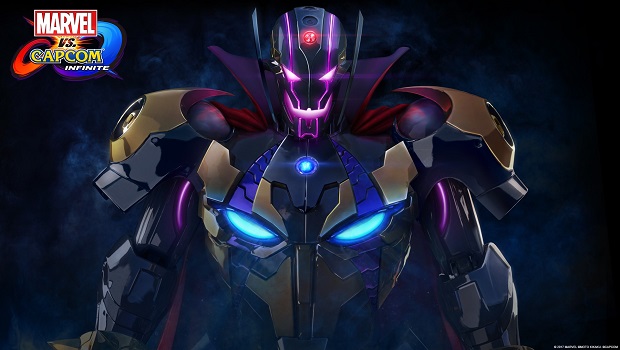 Yesterday, Capcom released details on a whole slew of new information about its upcoming Marvel vs. Capcom: Infinite. In collaboration with the comic juggernaut, Capcom announced eight more characters as well as a new story mode pitting the two universes together. The game will be released on PlayStation 4, Xbox One, and PC September 19.

A series first, Marvel vs. Capcom: Infinite will have a cinematic story mode, where heroes and villains from both the Marvel and Capcom universe will team up against Ultron Sigma, a combination of villains Ultron from Marvel and Sigma from Capcom. Together, characters from both universes will have to work together to stop the amalgamated villain from infecting all organic life with a cybernetic virus.

In addition to the story mode, Capcom also revealed eight characters coming to Marvel vs. Capcom: Infinite. Ultron, Hulk, Thor, Hawkeye, and Rocket Raccoon will be playable on the Marvel side, while Chun-Li, Strider Hiryu, and Chris Redfield will be playable on the Capcom side. These characters will be fighting alongside the previous announced characters Captain Marvel, Iron Man, Captain America, Ryu, Mega Man X, and Morrigan.

Marvel vs. Capcom: Infinite will be released on PlayStation 4, Xbox One, and PC September 19. You can check out Josh’s review of the re-release of Ultimate Marvel vs. Capcom 3 here. Stay tuned for more news on Gaming Trend.