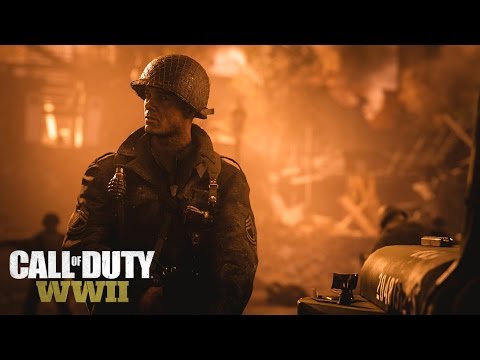 Activision today aired the first trailer for this fall’s Call of Duty: WWII. The trailer features grizzly scenes from the iconic invasion of Normandy, which will be the primary setting of WWII’s single-player campaign.

According to Activision CEO Eric Hirshberg, the game’s story “strives to capture the intense bonds of brotherhood,” while also delivering a grandiose action campaign similar to those of past Call of Duty games. No doubt, the game will bear a modernized resemblance to 2005’s Call of Duty 2, which opened with a Normandy Beach set piece almost identical to that of Steven Spielberg’s film, Saving Private Ryan.