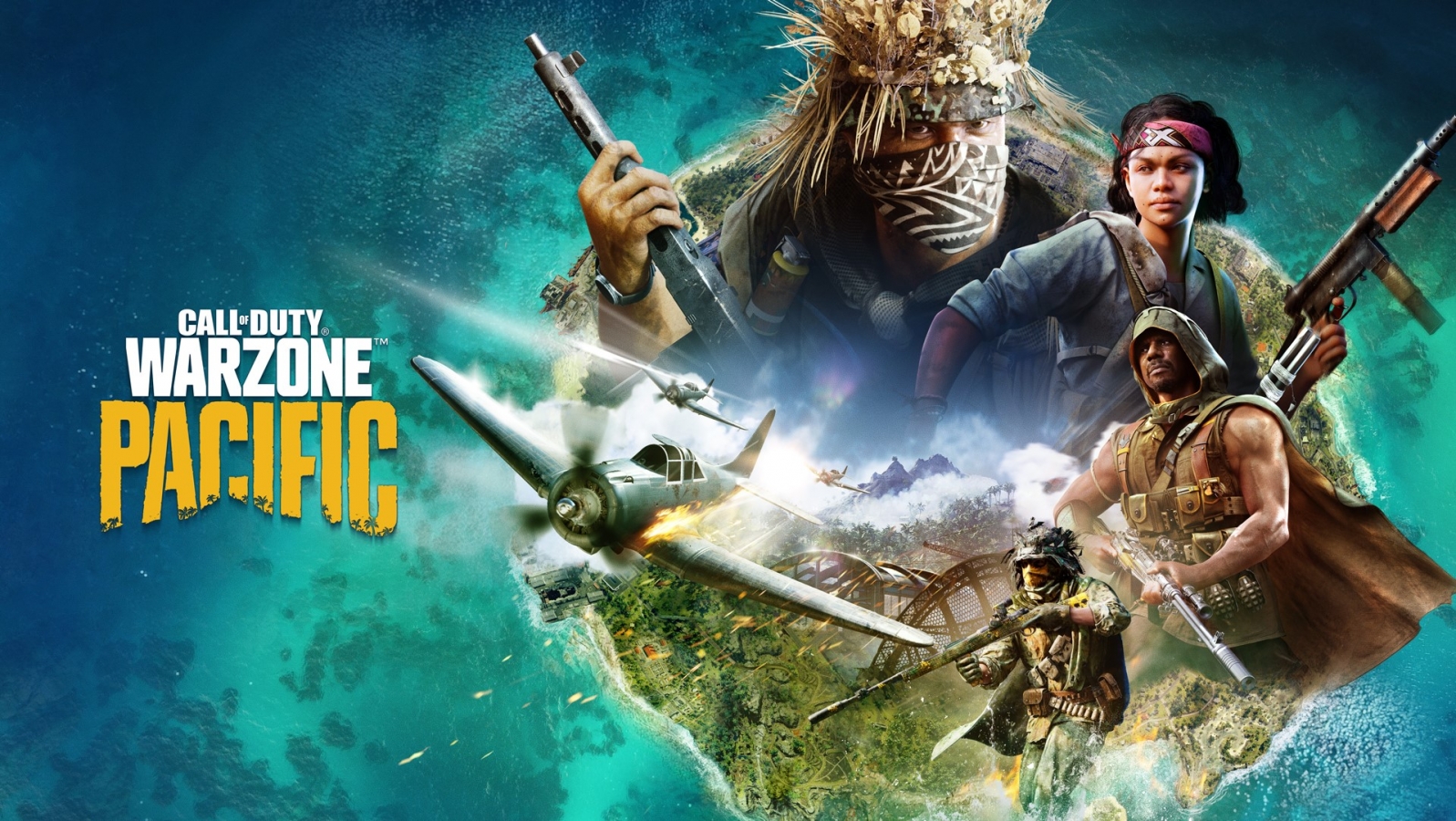 Call of Duty: Warzone Pacific will be launching with Vanguard season 1. An incredibly detailed blog can be found here which covers every aspect of what players can expect, but below you can read a few details:

Welcome to Paradise — WarzonePacific Launches with Vanguard Season One

“It was a simpler time then, but the work is never done.” — Captain Butcher, Call of Duty: Warzone Pacific

Deep underneath Downtown Verdansk, the CIA’s most elite task force uncovers a German World War II bunker on August 24, 1984, after dealing with Stitch.

Following the sounds of a potential intruder within the tunnel system, they find a bunker with intel from a bygone era, along with the familiar voice of Captain Butcher mocking the task force for their lack of stealth.

In charge of the secret British Special Operations Executive (SOE) during World War II, Butcher created multiple Special Operations Task Forces (S.O.T.F.) — including the original group, Vanguard (S.O.T.F. 001) — to ensure the total elimination of Axis forces that escaped following the war. Adler, Woods, Mason, and Hudson stand down to hear this story, one that echoes their mission of eradicating Perseus once and for all…

And they learn that it all started in the Pacific.

With a brand-new map built on learnings from the community, Warzone Pacific marks a new era of pulse-pounding tactical combat on a massive scale. Featuring a dedicated Playlist with new vehicles and Vanguard weapons, Warzone Pacific’s first season kicks off another year of free content, all based in your own grand epic of stamping out the last of the Axis resistance.

Welcome to Paradise: the new home for Warzone Pacific known as Caldera.

Where Will You Be Dropping? New Warzone Pacific Map Caldera Detailed

On December 8, Vanguard owners will receive 24 hours of exclusive access to Caldera, the brand-new Warzone Pacific map. During this initial period, all Warzone players will be able to drop into Rebirth Island. After this exclusive period, Caldera becomes accessible to all players, with Rebirth Island returning later in Season One.

Caldera comprises 15 huge, distinct areas to explore and fight across once Operation Vulcan begins. There are also hundreds of lesser points of interest to investigate and use to your tactical advantage.