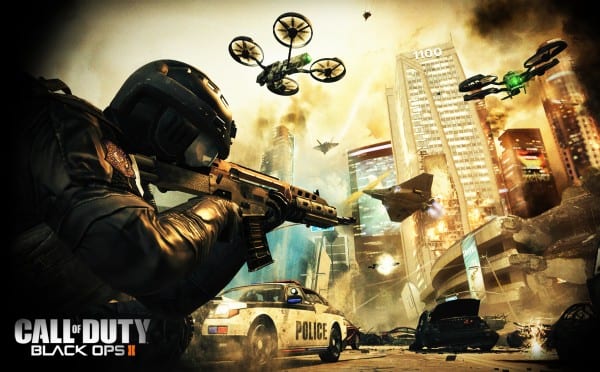 With less than a month before the megalith that is the annual release of the Call of Duty franchise, Activision is trying to drum up some excitement — or, even more excitement as the case may be — by releasing a launch trailer for Call of Duty: Black Ops 2. Set in the near future of 2025, the trailer shows off some of the interesting things you’ll see in the game, like dudes with jet wings, stealth bombers, futuristic tanks, and more explosions per capita than a Jerry Bruckheimer movie. Take a look at the video after the jump, and keep your eyes peeled for Black Ops 2 to blow up your Xbox 360, PS3, and PC on November 13th, and Wii U on November 18th.