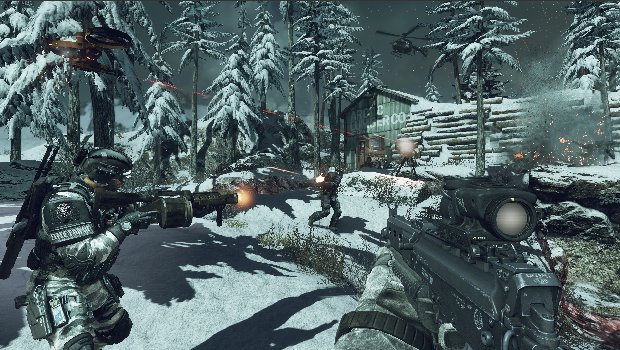 The Call of Duty: Ghosts multiplayer reveal trailer is out, and it’s about as adrenaline-rushing as you’d ever expect from one of the reigning champs of the online multiplayer shooter scene. Now, I could describe some of what you’re going to see in this trailer, but come on. Call of Duty? You know you’re going to be looking at some glorious action-packed combat footage with a skew towards multiplayer combat, gameplay modes, and upgrades peeks. The only question is if it all looks like a big jump over its immediate predecessor, and fun besides. Well, the answers are yes and yes. Be sure to check this one out if you’re a CoD fan, or just generally prone to get stoked about rampant gun-firing in multiplayer arenas.

Around 1:41 is what really catches my eye. There’s something about remote-controlling weapons of death and destruction that always grabs me in particular in games like these, and the promised tablet/phone integration intrigues me even more. I’ll be trying to get my hands on this one the moment it’s out, with big hopes that the drone-play aspects are as polished and fun as these videos present them to be.

Accompanying the trailer reveal was more information about the Season Pass and Collector’s Edition for Call of Duty: Ghosts: