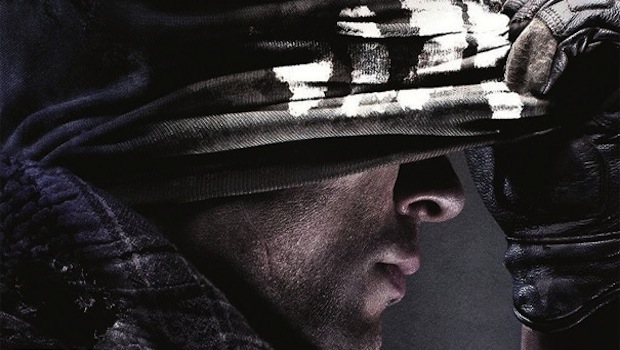 A lot of people have probably been wondering how Activision plans on keeping Call of Duty topical, and I don’t think I’d be out of line if I said that creating Modern Warfare 4 would cause a great, big, collective yawn. Thankfully, that’s not what they’re doing. The next installment of the monolithic franchise is titled Ghosts, and seems to draw heavily on the black-ops and crazy secret stuff that has resonated so well with fans of the series in the past.

As it stands, Ghosts is marked for a November 5th release, and Activision has already promised to show off some gameplay footage during Microsoft’s neXtbox presentation on May 21st. It’s clear that the developer Infinity Ward would like to set a new tone for the series, while relying on some tried-and-true formulas for an engaging modern combat experience. Mark Rubin, Infinity Ward’s executive producer, had this to say on the subject:

Everyone was expecting us to make Modern Warfare 4 [oh man, you’re thinking, what a great point the author made earlier!], which would have been the safe thing to do. But we’re not resting on our laurels. We saw the console transition as the perfect opportunity to start a new chapter for Call of Duty. So we’re building a new sub-brand, a new engine, and a lot of new ideas and experiences for our players. We can’t wait to share them with our community.”

Ghosts will be the first title in the series designed specifically with the next generation of consoles in mind, but leaked box art would lead us to believe that it will have versions for current consoles as well. One rumor alleges that the game will feature dynamic loading screens, e.g. rappelling out of a helicopter into a hot LZ, or breaching a door to gain access to a compound, and they’ve also hinted at destructible environments both in campaigns and competitive online play.

It sounds like Mark and his colleagues want to set the bar particularly high on this one, and considering it’ll be the first COD for PS4 and Xbox 720 (or whatever Microsoft decides to call it), they’ll have quite a bit of ammunition to work with. As an avowed fan of Battlefield, and by extension, kind of snooty about Call of Duty, I’ll admit that maybe, just maybe, this one could prove to the world that an old dog can learn new tricks, and break the mold of the shooter-on-rails dynamic that I so adamantly dislike in previous iterations. On the other hand, I’m happy to give them their due for some intense storylines, replete with in-depth drama, controversial levels, and likable characters –  Ghosts shows no signs of dropping the ball on that front, as far as I can tell. After all, a bazillion gamers can’t be wrong – everyone and their brother has played at least one game in the series, and starting today, those same fans can begin pre-ordering their copies of Ghosts at game retailers around the world.

Check out the teaser trailer below (which got me into a very war-game-y mood, personally), and head on over to www.callofduty.com/ghosts for the latest intel.