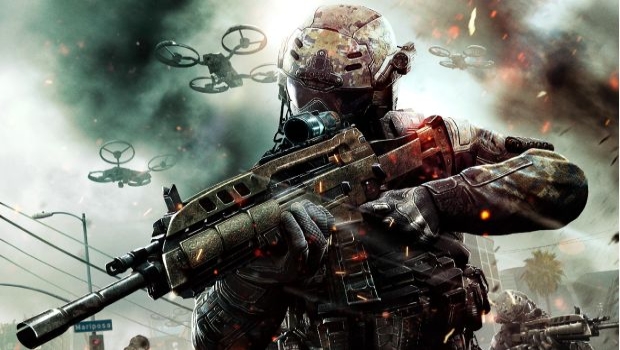 With Call of Duty: Ghosts reveals for multiplayer coming up in just a few days, you’d imagine that Activision wouldn’t be supporting their previous product.  You’d be wrong.   The fourth (and final) map pack from Treyarch for Call of Duty: Black Ops II Apocalypse is coming shortly, and today we have a behind-the-scenes video for that DLC.   What can you get with this new Apocalypse DLC?   Let’s take a look:

The DLC includes four new Multiplayer maps: Pod, Frost, Takeoff, and Dig. Takeoff is a reimagining of Stadium from the original Black Ops, while Dig draws inspiration from Courtyard, the classic map from Call of Duty: World at War.

Also included is Origins, Treyarch’s deepest and most imaginative Zombies experience to date. Taking place in a Dieselpunk-themed First World War, Origins reunites players with the four original Zombies heroes as they team up to fight off hordes of the undead.

Apocalypse arrives on Xbox Live as a timed exclusive on August 27th, with PlayStation 3 and PC to follow thereafter.   You can check out the behind-the-scenes video below: