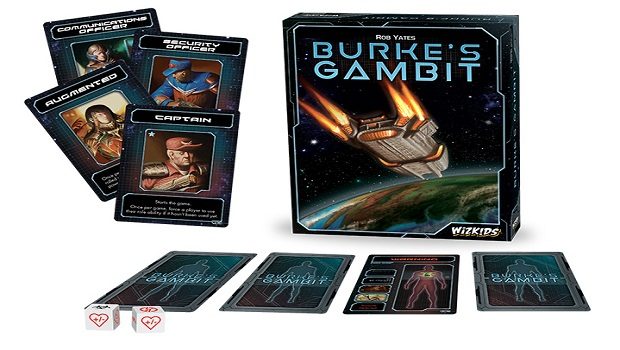 Wizkids has announced its social tabletop game Burke’s Gambit to be released in December. Designed by Rob Yates, this 4-8 player game will challenge players to use deception and deduction to succeed.

A look at the contents in the game.

Players are aboard the eponymous company freighter in order to find  powerful alien technology, but one member becomes infected with a dangerous parasitic organism. It’s up to the others to create hidden affiliations within their different roles in order to find out who is infected and banish them from the game. They must complete this goal before enough power-ups are rolled and the ship heads back to earth.

Burke’s Gambit will be released in stores this December.