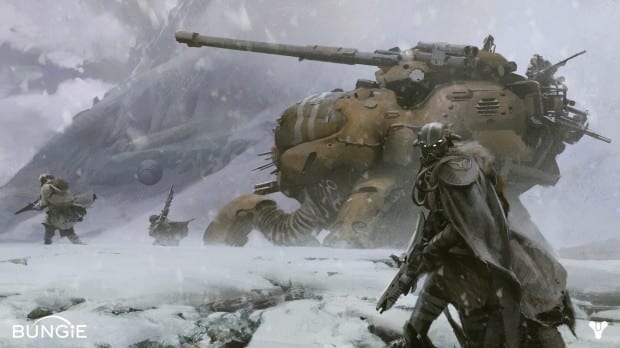 Since the completion of Halo Reach, Bungie has been working in the dark on their next project dubbed “Destiny.” Not much has been made known about the game other than it will be a science fiction first-person shooter. Yesterday, however, Bungie finally blew the lid off the project with their first video documentary detailing some of the overarching themes of the upcoming title.

Destiny takes place on a post-apocalyptic Earth after humans have been nearly eradicated by alien races, only saved by a mysterious force known as “The Traveler,” which now hangs over the last human city. The game will apparently tell a story over the course of ten years in an always-online experience that is comparable to a MMO. There will be no subscription fee, and the game will contain RPG elements such as character classes, customizations, etc.

For more on Destiny as news develops, look no further than Gaming Trend.