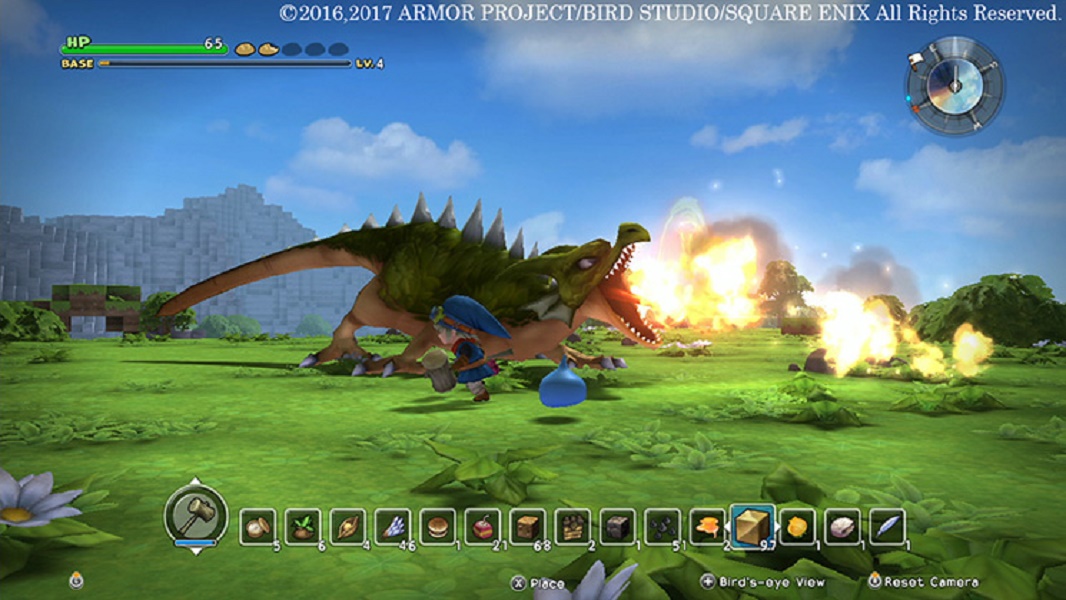 Today, Nintendo announced that the hit sandbox builder/action RPG title, Dragon Quest Builders, will be released on Nintendo Switch in early February of next year.

In Dragon Quest Builders, players will be tasked with building up towns and exploring a huge world with a wide variety of treasures. Players can use their creativity to fulfill other characters’ requests only at the mercy at the materials they collect.

Dragon Quest Builders also comes with a free-build mode called “Terra Incognita” where players can build to their heart’s content and even upload their creations or download buildings from other players.

Playing Dragon Quest Builders on Nintendo Switch will offer players experiences and items exclusive to this version of the game. This includes the ability to gather rare crafting materials and battle enemies while riding the powerful (and adorable) Great Sabrecub, as well as additional crafting options for more robust building customization options.

Dragon Quest Builders will be released on Nintendo Switch on February 9th, 2018. For more information on the game, visit Nintendo’s official website.