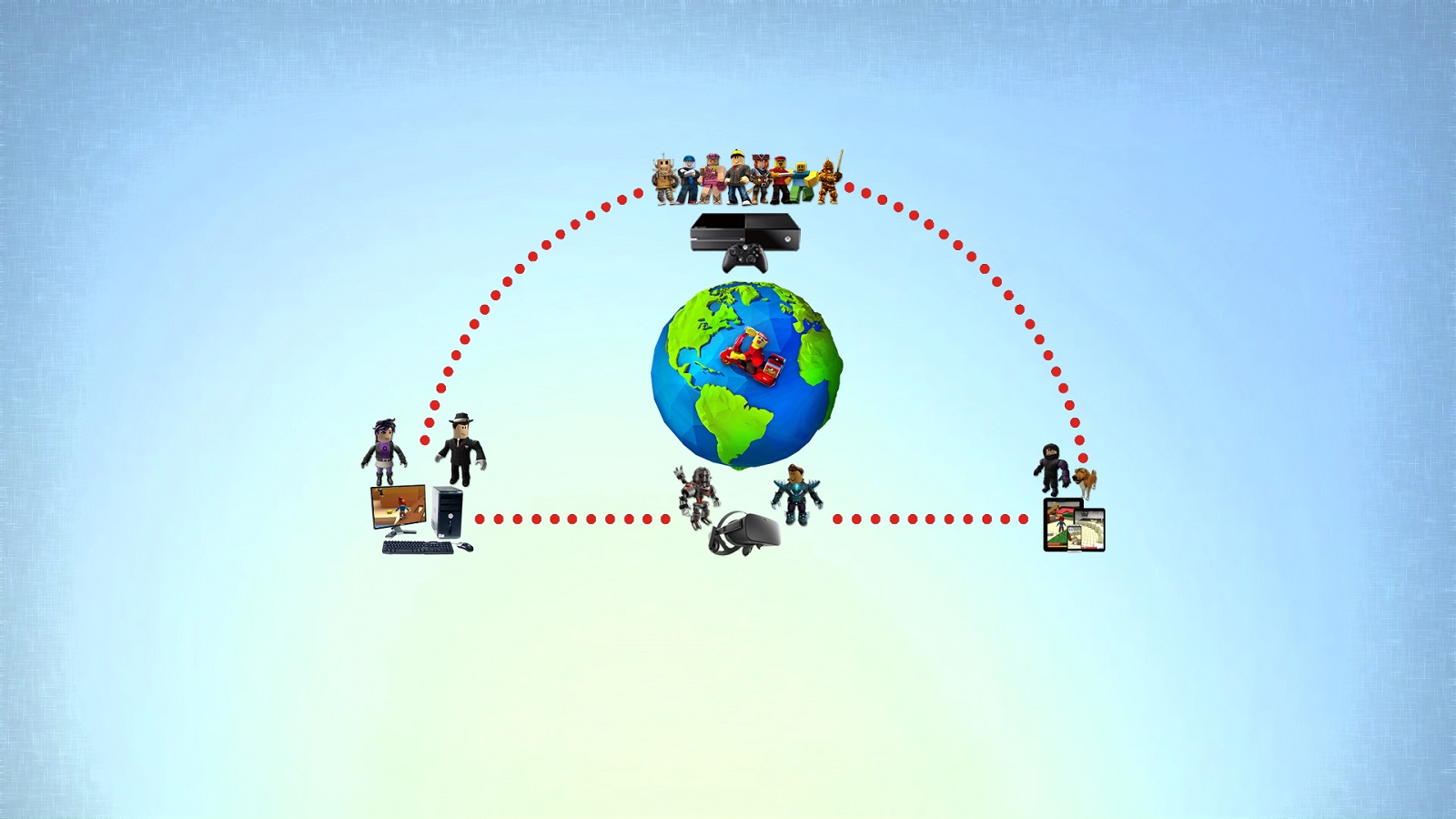 With over 64 million monthly active players, the Roblox community is about to get more connected: today, it was announced that a major update will allow cross-platform play on Xbox consoles, which means that Xbox users can also play with those on mobile, PC, and VR. The update will be released sometime this week.

Rejoice, Xbox fans! We’re excited to announce that later this week, Roblox players on Xbox One will be able to join together and play with our entire global community of over 60 million monthly active players, regardless of device.
This announcement marks a major milestone here at Roblox. Whether you’re playing Roblox at your desk with a mouse and keyboard, on a couch, or on a bus, we’re committed to creating the best social experience you can possibly have. Here’s a few more reasons why we’re super thrilled about cross-platform play, coming soon to Xbox One:

A single unified community: Since our inception, social play has always been at the core of everything we do here at Roblox. By uniting console players with the larger Roblox community, we will now have a complete cross-platform ecosystem that encompasses every type of device available on the market, from smartphones, to tablets, computers, consoles, and VR headsets.

Advanced matchmaking: Our automated matchmaking system will pair you up with players on all platforms to give you the best possible experience. Players on other platforms can also directly join you in games you are already playing. You could be halfway across the world or sitting next to a friend on your smartphone and still have tons of fun imagining, creating, and playing on Roblox together with someone else on Xbox One, or any other platform we’re available, all at the same time.

More players, more fun: Xbox gamers already have millions of Roblox games available right at their fingertips. Soon, you can survive a natural disaster together, compete in a fashion show, race against each other, and so much more, all with the entire Roblox community. That means you’ll be playing with an even greater number of people from all over the world. If you’re playing on Xbox One, you’ll also be able to identify other Xbox One players by seeing their Xbox Live gamertag and Roblox username above their head in-game, on the player list, and anywhere in the Xbox app.

Since we launched exclusively on XboxOne in January 2016, Roblox has been a massive success on the platform. In fact, we still continue to rank consistently as one of the top free games to play on Xbox One. We can’t thank the community enough for all your love, support, and imagination over the years. Today’s announcement is great for Xbox players, who maybe haven’t played on another device before and will now see a whole new gaming and social experience with cross platform support. With your help, we can make the Xbox experience bigger, better, and more fun than ever before. We look forward to seeing you in-game!

You can check out more information in the included blog post, and stay tuned for more news here on Gaming Trend.