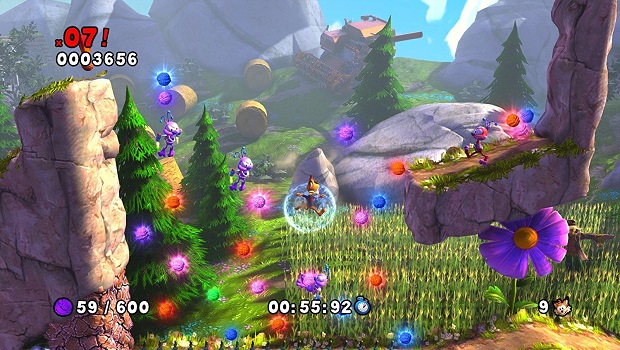 Announced last month, the Bubsy Twitter account has recently stated that pre-orders for the Bubsy: The Woolies Strike Back Purrfect edition will not be reprinted. The game will be released for PC and PlayStation 4 on October 31.

FYI: The Bubsy: The Woolies Strike Back Purfect Edition is a Day 1 only item – it will not be reprinted. ORDER NOWhttps://t.co/ZmykxsXfvy

“Bubsy the Woolies Strike Back! is an all new Bubsy adventure featuring Bubsy in a bevy of exotic locations as he travels the planet looking for the beloved Golden Fleece.

Bubsy must use all of his classic moves and a few new ones to dodge and out bobcat a battalion of Woolies, not mention the gnarliest UFO bosses to ever grace a Bubsy adventure.

The wisecracking lynx also adds over a 100 new one liners to his lexicon to keep fans guessing what he’ll say next.”

Retailing at $39.99, the PlayStation 4 exclusive Purrfect Edition will come with the game, official soundtrack, Bubsy’s business card, and a mystery postcard. Why Bubsy would include his business card is anybody’s guess, but hey, if we’re getting a renaissance of furry mascots this year, might as well bring out the furriest, am I right? Stay tuned for more news here on Gaming Trend.