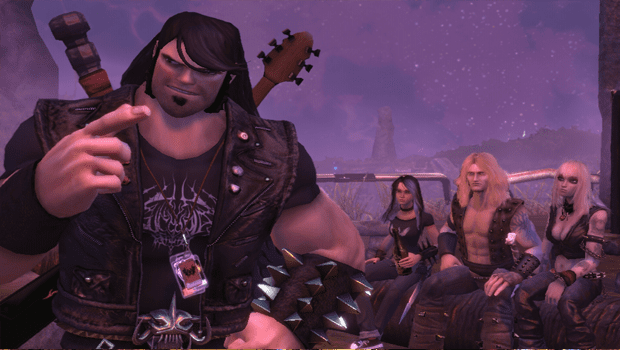 You know what’s been missing from the variety of open-world games on the PC? A lack of guitars, Jack Black and metal – the music kind, not the sword kind. Coincidentally, now’s a good time to mention that Brutal Legend is now available for pre-order on Steam – with a 25% pre-order discount bringing the cost to $14.99 USD, along with a hat and a taunt for everyone’s favorite swag-based FPS game, Team Fortress 2. The Soundtrack Edition is also available with discount, so $18.74 gets you all of the above plus the game’s original soundtrack. But hey, I’m leaving out the most important information – details on those Team Fortress 2 freebies! More on those below.

$14.99 sounds like a good price for this game, assuming it performs as well as it did in its console iterations – but throwing in a couple of Team Fortress 2 items on top of it all? I have to admit, I’m just revved up enough about hats and taunts for that to seal the deal for me. For those of you who are interested in the pre-order, swing on by the Steam page to get it locked and loaded.