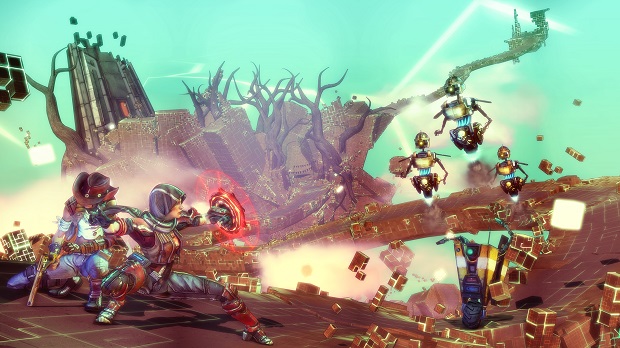 Gearbox has announced that it will be releasing the fourth DLC for Borderlands: The Pre-Sequel on March 24th in North America, and March 27th worldwide.

The Claptastic Voyage DLC will be available the same day as Borderlands: The Handsome Collection, which packages Borderlands 2 and the Pre-Sequel together on PlayStation 4 and Xbox One. The DLC will be released on both current-gen and last-gen consoles on the same day.

The add-on will focus on Claptrap, and will raise the game’s level cap to 70. Claptastic Voyage will cost $9.99 on its own, or can be bought along with all of Pre-Sequel’s DLC by purchasing the $29.99 season pass.

For more on Borderlands, check out Gaming Trend’s review of the Pre-Sequel, as well as our thoughts on the first episode of Tales from the Borderlands.