If you ever needed a reason to jump back into the rootin’-tootin’-shootin’ world of Pandora, Gearbox and 2K Games are always happy to provide.  The latest DLC for their loot driven shooter Borderlands 2, “Mr. Torgue’s Campaign of Carnage” is now available, and the titular Torgue--a great impersonation of Macho Man Randy Savage--is a man concerned with one thing, and one thing only: badssaditude.  Per the press release:

In Mr. Torgue’s Campaign of Carnage, up to four players cooperatively fight for new Torgue Token loot against hordes of badass new enemies. The add-on content campaign features new story-driven quests from popular characters such as Tiny Tina and Mad Moxxi and an assortment of new bosses, including Pyro Pete, Motor Momma, and Badassaurus Rex, making this the most challenging Borderlands add-on content campaign yet.

You’ll find the trailer and a few screenshots below, and if they look like your cup of tea you should be sure to check out the latest Borderlands 2 DLC on Steam, Xbox Live, or PSN. 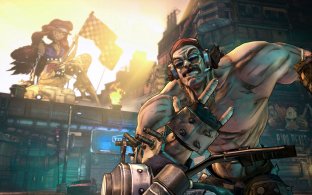 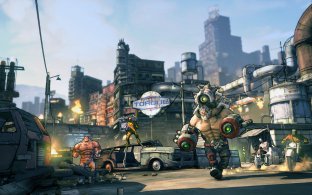 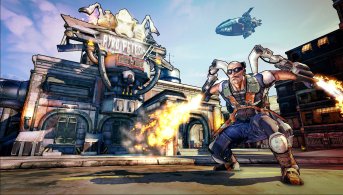 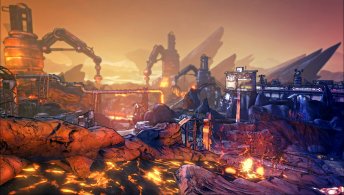