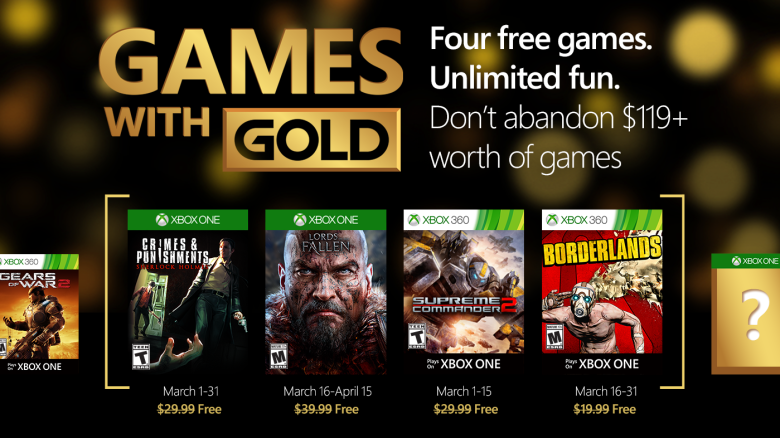 Microsoft has announced the free games that will be available as part of Games with Gold next month.

Xbox One users will be able to download Sherlock Holmes: Crimes and Punishments from March 1st to the 31st, with Lords of the Fallen being available later in the month from the 16th to April 15th. On Xbox 360, Supreme Commander 2 will be free from March 1st to the 15th, and the original Borderland will take its place for the rest of the month.

All four of March’s offerings will all be playable on Xbox One as part of the system’s backwards compatibility.

As these games become free, February’s free games will revert to paid status, so get those downloaded while you still can.