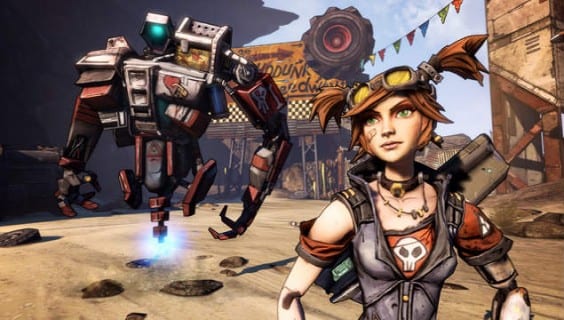 Gearbox made Gaige the mechromancer, the new class for Borderlands 2, available early last week and today they’ve revealed a video that shows off Gaige’s many talents. The video is narrated by Sir Hammerlock, and gives some insight into how truly chaotic and powerful the mechromancer can be.

Alongside the early release of the Mechromancer, Gearbox also announced the first campaign DLC last week which is entitled, “Captain Scarlett and Her Pirate’s Booty.” The DLC will have players traveling to a formerly-oceanic dune sea in search of lost treasure. The DLC will include a new vehicle called the “sand skiff” and will contain 10-15 hours of new content according to Gearbox.