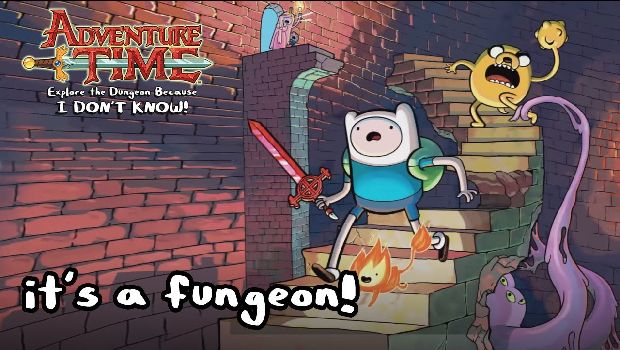 If you were on the edge about getting the new Adventure Time game, here’s something to give you a little push. For a limited time, people who pre-order Adventure Time: Explore the Dungeon Because I DON’T KNOW over Steam, will get to play as Peppermint Butler on the day of launch. After the game is released, Peppermint Butler can be purchased for $1.99, but why pay for it when you can get it for free? The game comes out November 19th, so be sure to pre-order before then. Here’s a little about the game:

Princess Bubblegum summons Finn and Jake to the Candy Kingdom to investigate a rash of thefts and kidnappings that have plagued her kingdom. She thinks the cause lies within her Secret Royal Dungeon, where only the nastiest monsters and criminals are locked up. If they’ve found a way to escape, the Land of Ooo will be in danger!

The new Adventure Time game will also be available for the PlayStation 3, Xbox 360, Nintendo 3DS, and Wii U. The offer is exclusively for Steam, and will not work on other platforms. Adventure Time: Explore the Dungeon Because I DON’T KNOW will be priced $39.99. Be sure to visit the official website at:www.adventuretimevideogames.com for more information and go to :http://store.steampowered.com/app/243560 for pre-ordering the game. It’s about to get banaynays!