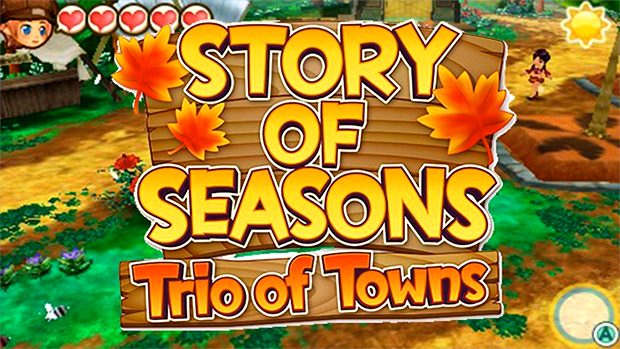 The beloved farming simulation series, Bokujo Monogatari, is returning to the West with Story of Seasons: Trio of Towns. XSEED Games announced that the new game, described as the biggest Boku adventure yet, will be released in early 2017. Trio of Towns introduces a new pet to the farm, the capybara, which will be coming to life as a pocket plushie pre-order bonus. Trio of Towns features three different villages, each offering different crops, animals, decorations, and eligible bachelors and bachelorettes to romance. Connecting with other players unlocks an expanding multiplayer island, offering new ways to play whenever players connect and interact with others, either locally, or via the internet.

The Bokujo Monogatari series is fast approaching its 20 year anniversary, and is celebrating by dropping the prices of both Story of Seasons and Rune Factory 4 to $29.99, the first drop in price for either game. Xseed announced that Story of Seasons has sold more than 150,000 units in North America,  while its action-simulation cousin, Rune Factory 4, produced Yoshifumi Hashimoto, has sold more than 200,000 units.

“We feel incredibly fortunate to have such an amazing fan base for these games,” said Ken Berry, Executive Vice President of Marvelous USA. “The sales figures speak volumes as to how much fan support can affect what games we can bring to North America. We hope the long-awaited price drops will introduce the games to a new audience, gearing them up for the release of STORY OF SEASONS: Trio of Towns in early 2017.”