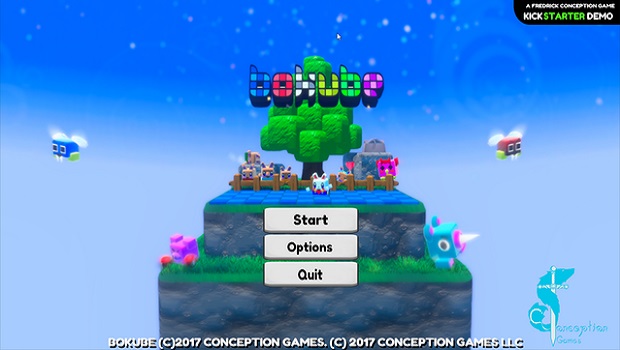 In a duo of Kickstarter updates last week, Conception Games announced that the Nintendo Switch version of upcoming puzzler Bokube will be released alongside the PC, Mac, and Linux versions if the initial goal of $5000 is reached by July 2. Previously, the Switch version was a stretch goal at $10000.

In the June 17 update, Conception Games talked about the status of the Switch version:

Initially the Nintendo Switch port was a stretch goal with other console development kits. I have now decided to focus development away from other consoles (Xbox and PS4) and decided to shift the games development to be on PC/MAC/LINUX and the Nintendo Switch since there has been a ton of feedback from backers (and even potential backers) expressing their need to get the game on the Switch more than I even thought initially would be interested in a Switch port.

The new stakes are if the kickstarter $5000 goal isn’t met and the kickstarter fails, the Switch version of the game could be in jeopardy. If you’d like to see the game on the Nintendo Switch please consider helping the kickstarter get exposure! I can only do this with your help!

In addition to the news regarding the Switch version of Bokube, the developer also released a graphical update to the Bokube demo, which showcases gameplay changes in some levels. This also optimizes some framerate problems found in some segments of the demo.

Bokube’s Kickstarter is active until July 2, with nearly $2000 of its initial $5000 left to go. Stay tuned for more crowdfunding news here on Gaming Trend.