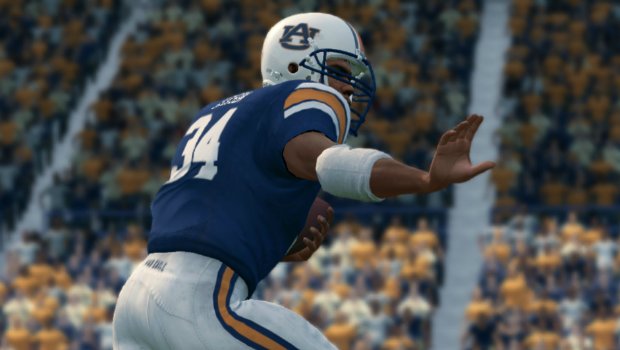 Not many athletes can live up to the legendary Bo Jackson, in both the world of sports and the world of video gaming.  Bo Jackson’s other-worldly abilities in NES’ Tecmo Super Bowl are well known to every diehard sports gamer.  EA Sports attempts to capture the immeasurable power of “Tecmo Bo” by including him in the upcoming NCAA Football 14.

Bo Jackson will be available in two forms.  Players who log onto the Ultimate Team servers within the first week will receive a “launch” version of Bo, with a overall rating of 85.  Anybody who knows Bo knows that isn’t quite powerful enough, but it’s a nice freebie for early buyers.

An ultimate version of Bo will be available through card pack purchases, sporting a 99 in the speed, trucking, and overall ratings, a God-like status more suited for the world-class running back.  It may not net you a touchdown on every play like in the glory days of NES, but it’ll sure make running the ball that much more exciting.

In celebration, let’s relive those olden days where Bo was king.

EA Sports’ NCAA Football 14 is rated E for Everyone is a slated for a July 9th release.