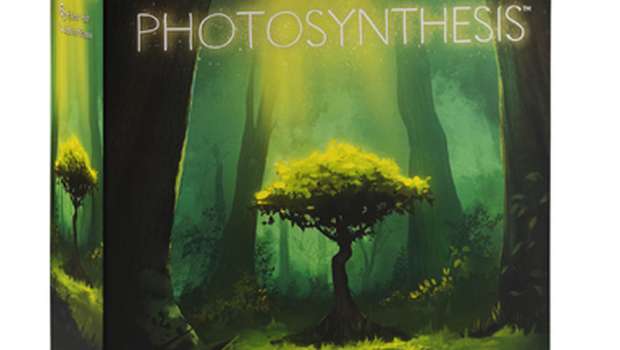 While Blue Orange is well known for family games, but they have branched out into more strategy games lately.  One example is New York 1901, which received many accolades.  Now they’ll be bringing their next strategy game Photosynthesis to be released at Gen Con.

Blue Orange Games, leading designer and manufacturer of tabletop games for the whole family, will be adding a new addition to its catalog, Photosynthesis. The game joins two others in Blue Orange’s collection of “big box” family strategy games, which includes award winner New York 1901. Its introduction to the market will happen on August 17th at Gen Con in Indianapolis, the largest North American tabletop gaming convention.

“We are very excited to be showcasing Photosynthesis at Gen Con 50 this year. We have launched our past big-box games, like New York 1901, at this convention and have always seen great success,” says Martin Marechal, Blue Orange Games’ VP of Sales and Marketing. Marechal continues with, “Because of the unique theme and the positive responses from early testers, we cannot wait for Gen Con attendees to experience the game. Photosynthesis is helping us achieve our goal of expanding the diversity of our catalog, and adding games aimed at an older audience, while still staying true to the high-quality standards players always expect from Blue Orange.”

Photosynthesis is a 2 to 4 player game geared towards players 8 and up. Its title, striking box cover, and well-designed components all showcase the unique woodland setting the game revolves around. Categorically it is an abstract strategy game, however it is not a conventional abstract strategy game as the mechanisms and game play coincide with the theme, and within the game is an economy where seeds, trees, and actions all cost players points.

In the game there are two phases for every round. In the first, the Photosynthesis phase, players’ trees generate light points depending on their location, and the location of shadows, as the revolving sun hits the board. The second phase, the Life Cycle phase, is where players can use the lights points they have earned as currency to buy, plant, grow, and harvest seeds and trees. As players end the life cycle of their trees they collect points correlating to the value of the soil, or space, that the tree was rooted in.

Blue Orange will be selling copies of Photosynthesis at Gen Con in Indianapolis August 17th-20th, at booth #1811. The game is being rushed to production so that it will arrive just in time for the show. For more information about the game, visit: http://www.blueorangegames.com/index.php/games/photosynthesis

It sounds like it uses the theme to great effect, and Blue Orange makes games with high quality components. Hopefully they’ll have enough copies at Gen Con, because it sounds like it could be a hot title!