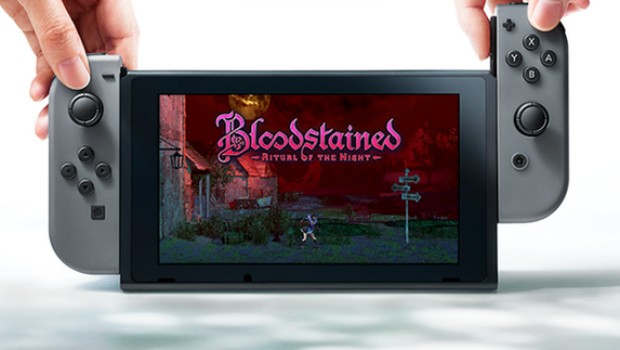 Bloodstained: Ritual of the Night, the highly anticipated Kickstarter-funded game from Koji “IGA” Igarashi, is coming to Nintendo Switch.

Via the game’s Kickstarter page, IGA announced that his team has decided “to drop the Wii U development and shift the development to Nintendo Switch.” IGA candidly admitted that the decision was made due to a lack of support for Wii U from “the hardware maker” following the Switch’s launch.

According to the update, the Switch version of Bloodstained has replaced the Wii U version for backers, meaning those who had a reserved copy of the game on Wii U (physical or digital) have automatically been reserved the Switch version instead. Backers still have the option to switch *cough* their order to a PC, PS4, Xbox One, or Vita copy. Those who wish to request a refund for their Wii U copy may do so if…

IGA’s Castlevania spiritual successor is not the first Kickstarter game to jump ship on Wii U support. Playtonic Games announced last year that their 3D platformer, Yooka-Laylee, would not be coming to Wii U and that they were focusing their efforts, instead, on bringing the game to the Switch. A few weeks later, Nintendo announced during its Nindies showcase that the game will indeed be coming to the Switch this year.

Bloodstained: Ritual of the Night was originally slated to launch this month, but was delayed last year to a 2018 release. According to IGA, the delay was instated so that he could hire and additional team of developers to help finish the game and get it “done right the first time.”